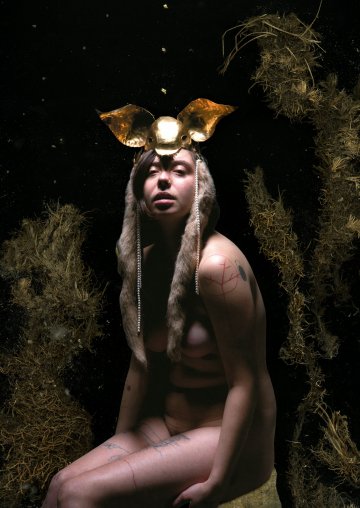 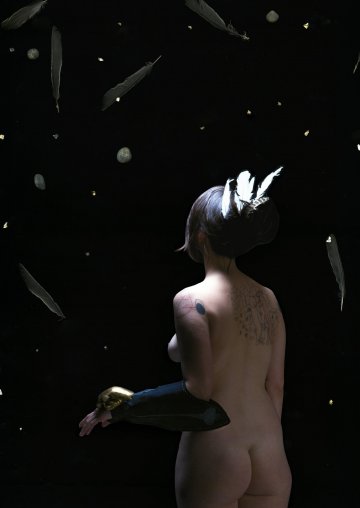 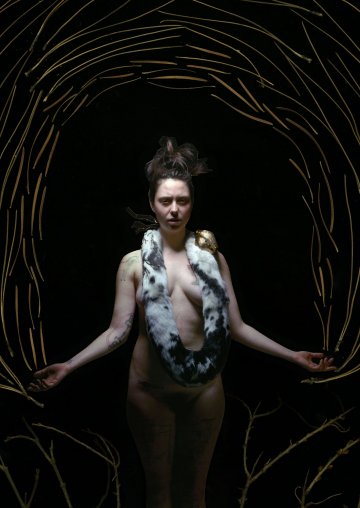 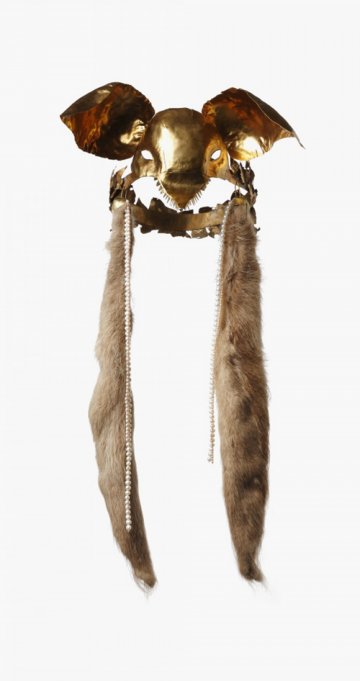 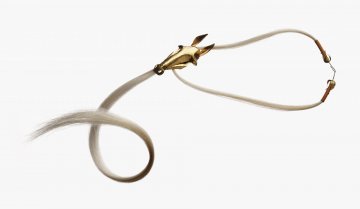 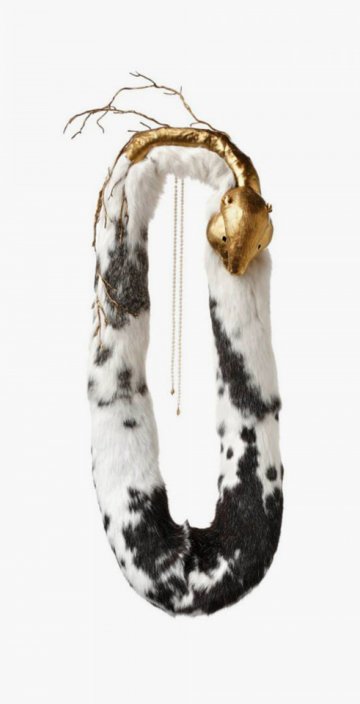 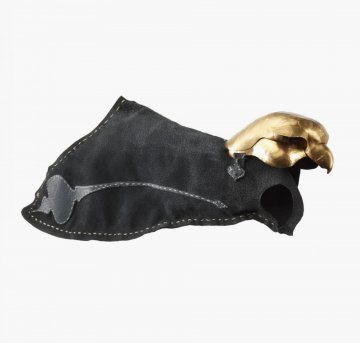 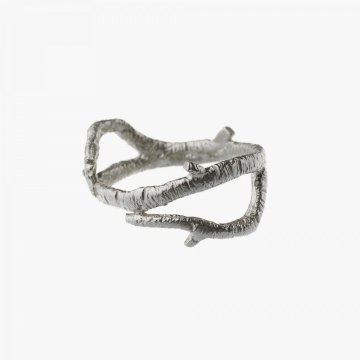 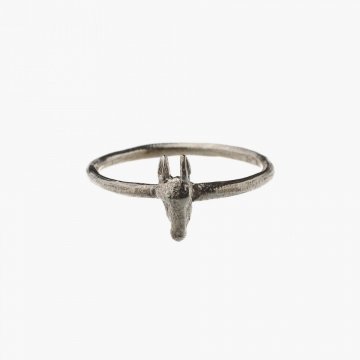 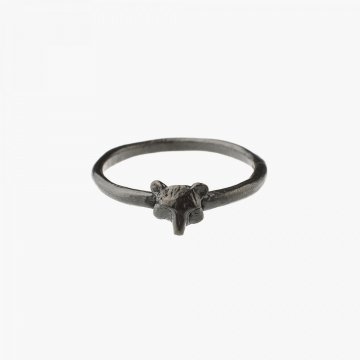 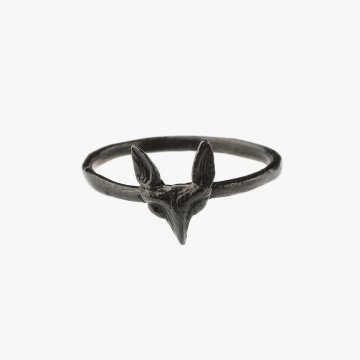 Superpowers is crucial in Janja’s production for two reasons. It was the first collection to be created without a preliminary design. “I deliberately avoided sketching in order not to be overwhelmingly tied to paper and to work with the materials as they form in my hands, instead. And it remained so. I had always strictly adhered to prototypes before, tooth and nail. So, I was keeping myself away from further development of the thing itself, I think. Working on Superpowers and everything afterwards suddenly seemed very liberating,” explains Janja. Also, Superpowers is the first set in which the author used non-traditional materials to create traditional jewellery. The whole collection is thus unconventional, moreover, for the sizes of individual jewels. Their proportions verge on those of art objects. “They bear the symbols of occult objects which are worn during shamanic rituals. That’s why they’re large and extravagant,” adds Janja, who began to study shamanism and symbolism in depth while working on the collection.

Individual jewels originate from the symbolics of animals in various cultures and shamanism. A pentagon of creatures composing the collection consists of the fox, the beaver, the horse, the bear and the falcon.

Each jewel should provide the carrier with the superpower of the animal in its motif. The jewels are mainly hammered, later perforated, complemented with parts made by the lost-wax technique. Metal is combined with fur, leather, pearls and semi-precious stones.

The fox, a symbol of female power, intelligence and the wild. It is the only animal which can reincarnate into a person without unbeknownst to other people. In Celtic mythology, the fox is man’s guide in the afterlife and helps his soul find its way forward.

“The fox is the crown. She is simply the queen of the night and femininity,” comments Janja on the symbolism of the jewels.

The beaver, a builder, constructor and creator. It can alter its environment, build something grand because it has the power to do so. Its life is based on solid grounds and principles.

“The beaver carrying a large branch which resembles a bridge as it is a constructor.”

The horse, a symbol of love and devotion. It possesses the power to cope with difficulties. It strengthens the heart and openness. It is unrestrained, wise and able to guide a man on his inner path.

“The horse is hanging on white horsehair, which symbolizes purity and innocence. The whole object then looks like a symbol of a chivalrous knight on a white horse. The head of the horse is a brooch and the horsehair on the neck is exactly so long that it falls to one’s heart.”

The bear, a symbol of motherhood, power, sovereignity and also dreams. It offers a safe shelter as well as it can show its invincibility in a fight. Under the rule of ice, winter and death, the bear enters a cave. It enters a cave resembling a uterus and falls into dreams.

“The bear has securing fur and on one side a metal net which protects its maternal belly.”

The falcon, a symbol of flying to the stars, its wings a symbol of freedom. It is capable of looking at difficulties from above and of finding the easiest and fastest way to solve them. It is brave, wise and accurate.

“A bracelet as a symbol of a falconry glove bears the power and freedom of this fastest bird of prey.”

– 3 –
The Superpowers collection received the second place award in the Czech Grand Design competition in 2012.
– 4 –