Foxes behind my eyelids / Obsessed with foxes.

Lure is a mystic fairy-­‐tale landscape full of pearls and stones, where magic fog reigns and foxes roam. 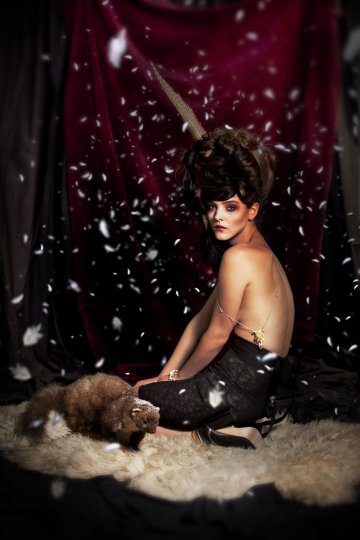 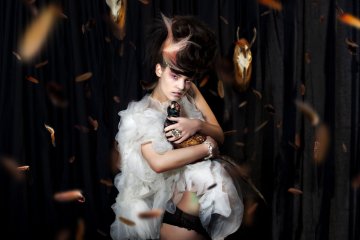 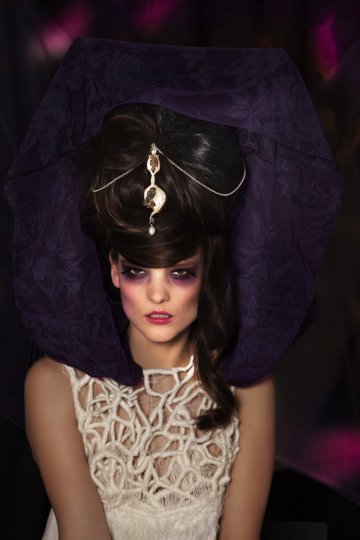 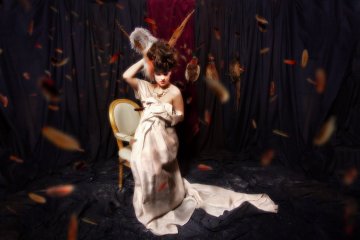 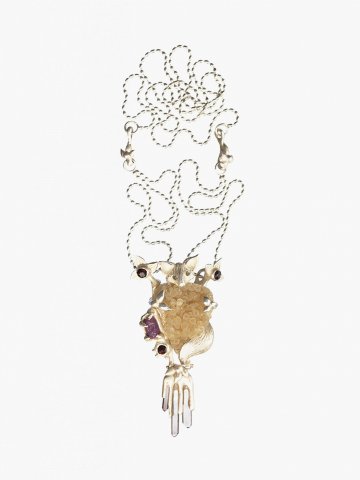 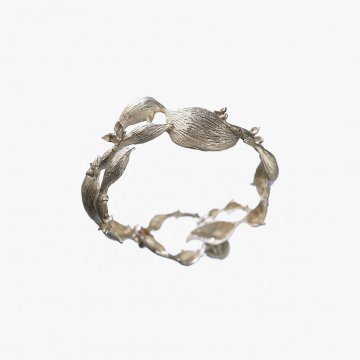 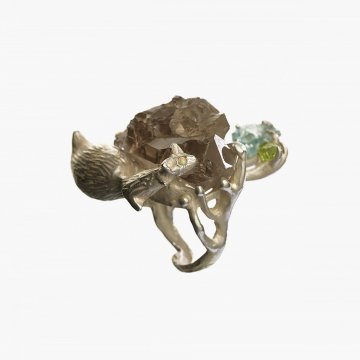 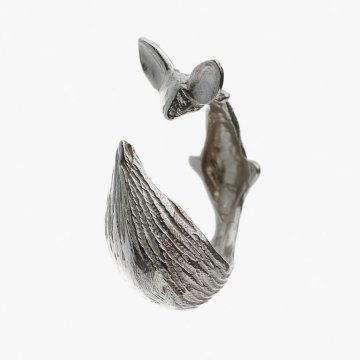 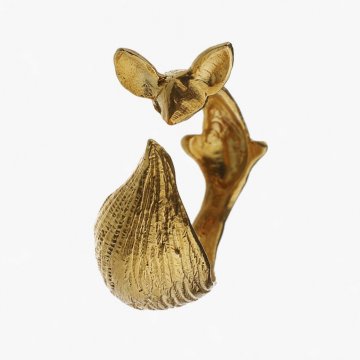 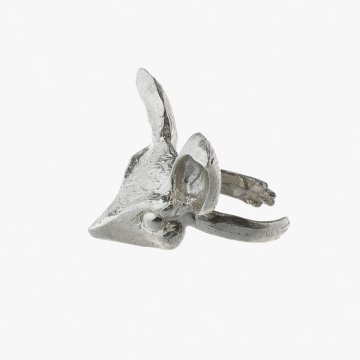 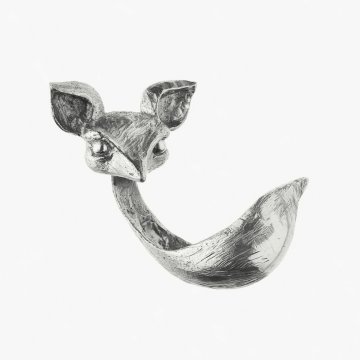 Janja Prokić’s first thematic jewellery collection was created during a summer jewellery workshop organized by the Academy of Arts, Architecture and Design in Prague (Umprum). During this time, Janja was studying painting under Vladimír Skrepl at the Academy of Fine Arts in Prague (AVU). Simultaneously, she was an intern in Kurt Gebauer’s Sculpture Studio at Umprum. It was then that she became fascinated with stones in their natural form and began to focus on working with raw semiprecious stones as the core material. Foxes are the central theme of the entire collection. “I was living in France, in Brittany, at the time and I dreamed of foxes over and over again. I used foxes as symbols in my work more than ever before or after, although I keep returning to them in my other collections and the fox also became the logo of my brand,” says Janja with a smile and continues: “I was utterly obsessed with them. For me, Lure was pure discovery of stone and jewellery making as such.”

The collection’s overall expression is unconventional and strong, while at the same time extremely gentle. Later, Janja Prokić began to cooperate with Nastassia Aleinikava. While she herself drew inspiration from forests, nature and shamanism, the other designer from this creative duo, a Belarusian from Minsk, was inspired by the Radziwills, an old Lithuanian aristocratic family. Janja Prokić’s first collection is still grounded in classical jewellery and its traditional dimensions. Raw minerals, pearls and semiprecious stones are inserted in silver and gold-plated silver processed with the traditional lost-wax casting process. “I like the way the shape of the jewel changes and then keeps on changing. I like raw stones as nature designed them; I enjoy working with them and wearing them as well,” says Janja.

Beyond the nine mountains and eight valleys, in a faraway land
with lakes like mirrors shining in the sun every day,
a girl scooped several river pearls, semiprecious stones
and some sparkling silver from the rocky veins and set out
on a long journey. Just then the south-eastern wind began to blow.
It brought a cloud of feathers and just like the puffy seeds of a dandelion
a girl from a faraway foreign country stooped to ground.
She held something sparkling in her hand.
Each went her own way until they reached a great city.
One day, the wind turned.
It was so strange that it blew away the men’s moustaches, the ladies’ hats,
it took the children’s balls, ice-creams, scooters and collars of their Sunday best.
Above their heads, like an airship, hovered the road signs and marzipan,
pots with lilies and mandarins, pearls, feathers,
bicycle stands and even the bikes.
When the wind died down and everything drifted to the ground, both girls
with their dishevelled heads collected what the wind stole from their hands.
The tiniest of the pearls, having flown to the stars a while ago,
now rolling along the cobblestones. It was hopping, as if to drum
to the rhythm of the street organ, until the two hands of the girl
reached down to grab it… LURE


When I close my eyes,
There are foxes
Behind my eyelids.
They fall from the great height
Of my visions.
They emerge from the depths
Of my feelings.
They romp through my body
Nibble at the red painted toes…

The Lure collection was shortlisted for the Czech Grand Design Awards 2011.
– 4 –